Itineraries for a holiday with sailing boats - West Coast of Sardinia 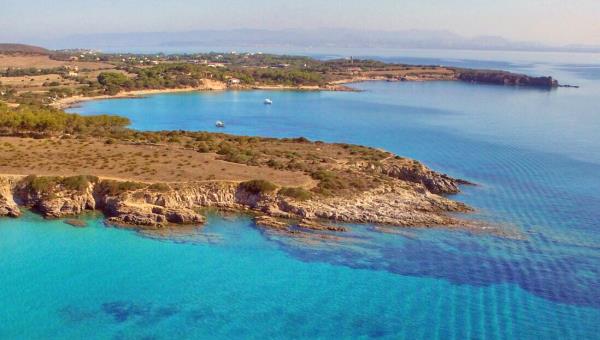 A challenging itinerary, recommended for experienced sailors who can interpret the weather report so that they won't be surprised by the mistral in some unprotected bay.

You'll be amazed by the historical and naturalistic jewels set in an area of Sardinia waiting to be discovered. 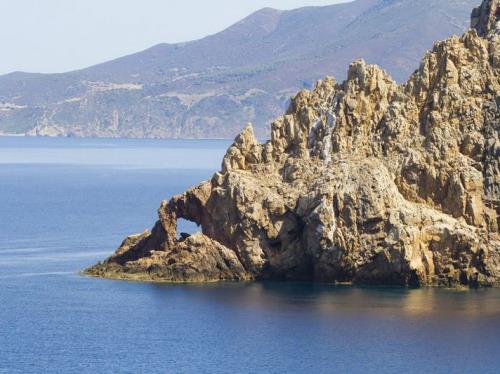 Leaving the island of San Pietro, an evocative journey begins, in an unusual part of Sardinia. Forget the picture-postcard images: after passing the long beach of Funtanamare on the right, the strip of sand climbs up a rocky wall overlooking the sea, topped by junipers bent by the mistral. Embedded in it is a stone portal: it is the ancient outlet to the Porto Flavia mines, which in the past gave work and wealth to the entire SulcisIglesiente. The mining activity has now stopped, but the charm of the area is still there. The rocks of the Pan di Zucchero, with a deep and sandy bottom, are a pleasant interlude on the journey north. A stop at the Cala Domestica fjord is a must, as well as at Buggerru (only when the layer of sand which obstructs the port is finally dredged).

The Costa Verde (www.lacostaverde.it), so called for the colour of the vegetation which breaks up the clear cliffs, ends with Arbus and flows into the Oristano. Ponds, visible flamingos and excellent roasted mullets are the side dish upon arrival in Tharros, with the Phoenician archaeological site which shares its name being a splendid setting. 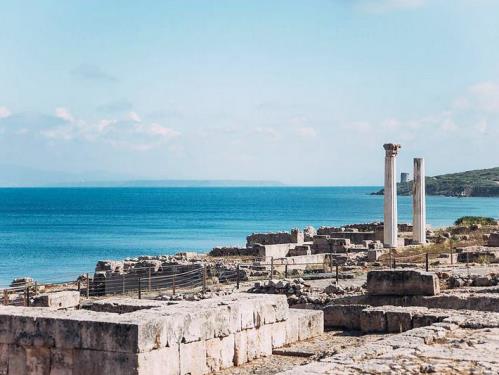 The extension of the Punic ruins under water makes it impossible to access the coast; the border is marked by a special buoy field. It's better to plan a visit from the shore, after landing at the Torregrande marina which, comfortable, allows a necessary stop, to rearrange your ideas and emotions, before sailing towards the northern tip of the coast. (www.tharros.info) 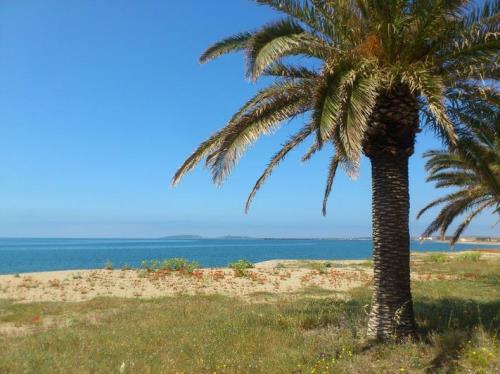 Equipped with numerous shipbuilding and tourist services, it can be reached at 0783 22189 or by VHF at channel 9. (www.marineoristanesi.it) 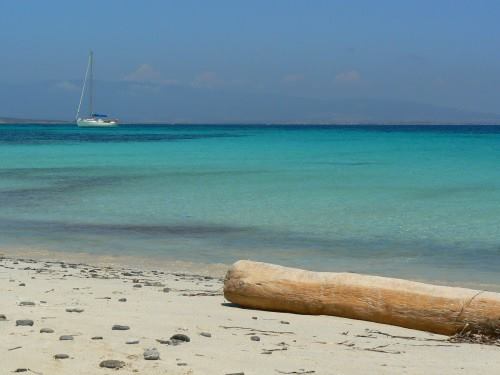 After Capo San Marco, the Sinis Mal di Ventre Protected Marine Area begins, which includes the island of the same name and covers an area of 25 hectares, divided into three protection areas so as to make its sustainable use possible. Unapproachable from the west side (zone A of the reserve, like the Scoglio del Catalano, is located six miles further south), it offers the possibility of anchoring at Cala deiPastori, located in zone C. The northern limit of the reserve is Capo Mannu. (www.areamarinasinis.it) 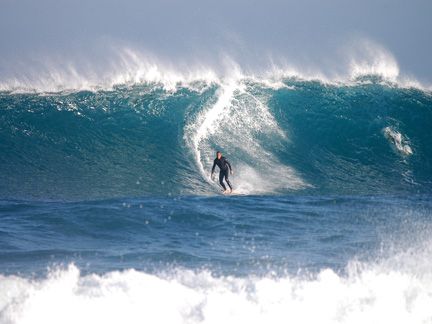 Capo Mannu is considered one of the best Mediterranean spots for surfers: during the mistral storms, its waves reach 5 metres in height! From Capo Mannu, the white beach of Is Arenas stands out. Walking along it, paying attention to some outcropping rocks, you can see Santa Caterina di Pittinurri and the splendid natural arch of S'Archittu. 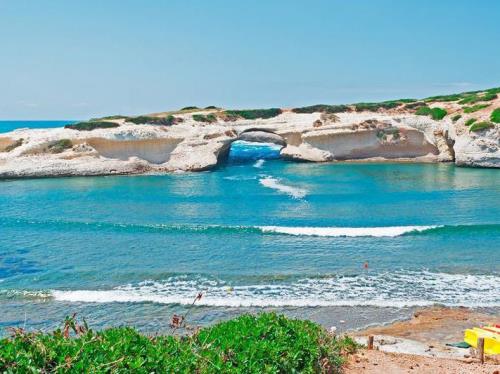 S'Archittu (www.sarchittu.net), the natural rock arch, 15 metres high and much loved by fans of extreme diving, has often been a set for advertising and films. 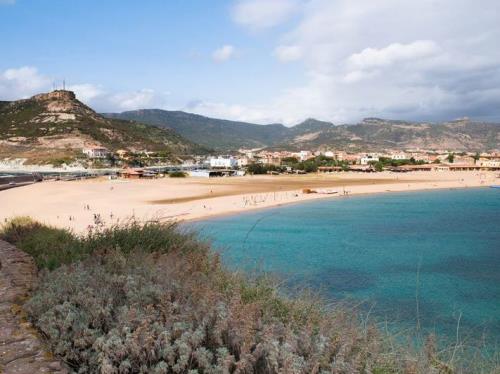 Unique in Sardinian geography, Bosa stands on the banks of a river: the Temo, which can be travelled by tender once you leave the boat on the floating docks of Bosa Marina (Nautica Pinna +39 0785 373554). Its low and colourful houses, the Hispanic-style historic centre surmounted by the Malaspina Castle (which still preserves the medieval frescoes), are a pleasant break from the naturalistic immersion of the itinerary, together with the excursion into the interior on board the Trenino Verde. (www.treninoverde.com) (https://www.sardegnaturismo.it/it/esplora/bosa-marina) 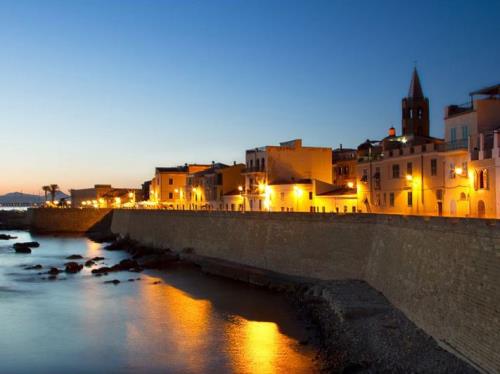 Alghero (www.alghero.org) is a fortified city which was born on the sea and owes its name to this. The name is believed to derive from the abundant deposits of oceanic poseidonia leaves (improperly "algae") which can be found along the sandy coasts. Alghero was founded in the 12th century by the Doria family; in the following century, however, it was conquered by the Catalan-Aragonese who entered the city on 31st August 1353. The following year the city was repopulated by people from different Catalan territories: ever since Alghero has preserved the language and traditions of that people.

Splendid monuments, churches, the ancient city with towers, ramparts, elegant buildings. The bell towers of the cathedral of SANTA MARIA and of the church of SAN FRANCESCO retain a clear imprint of the Gothic-Catalan style. Barceloneta, as Alghero is called by the Catalans, was the first capital of Sardinian tourism since the end of the 19th century. Today it is still the city with the greatest traditions of hospitality in Sardinia.

Porto Conte: the bay between the promontory of Capo Caccia and the bay of Alghero. One of the most peaceful landing points of the Riviera del Corallo (so named for the abundance of "red gold" on its seabed), it is also perfect for a nighttime stop on the piers of the marina. It is part of the Capo Caccia - Isola Piana Protected Marine Area (www.ampcapocaccia.it) and is very popular for practicing various land and sea sports. 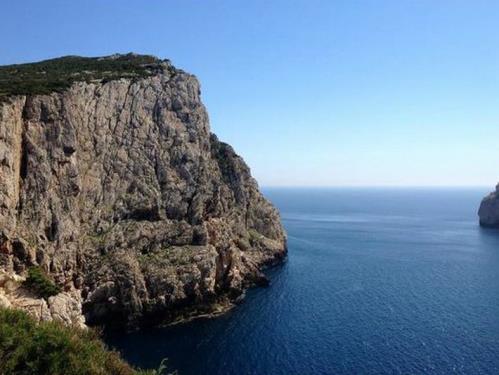 Capocaccia is the imposing promontory –one of the highest in Italy! - which marks the boundary of the bay of Alghero. At 186 metres above sea level, it is visible up to 34 miles away. It is included in the Capo Caccia - Isola Piana Protected Marine Area (www.ampcapocaccia.it), which also includes the Bay of Porto Conte and the suggestive Grotte di Nettuno (www.grottedinettuno.it), the most famous in Sardinia. 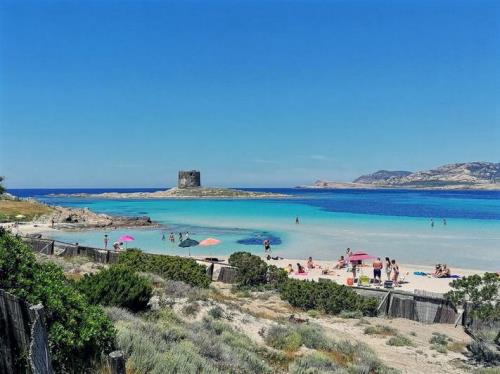 The delightful town of Stintino overlooks the Gulf of Asinara, on the north-eastern coast of Sardinia. It has a precise date of birth, 1885, when the families of fishermen who lived on the island of Asinara were evicted to make way for the penal colony and had to found a new settlement in Capo Falcone. The town’s name derives from the Sardinian "s'isthintinu", meaning “the gut”, from the name given to the narrow fjord on which the town was built. The two ports - PortuMinori and PortuMannu - are equipped for nautical tourism. 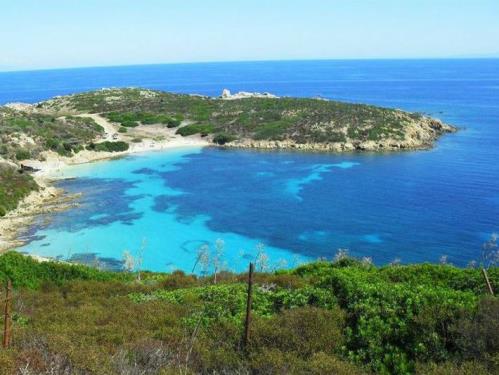 A splendid naturalistic paradise, Asinara is famous for having been the site of a penal colony for a long time,allowing it to preserve its pristine naturalistic configuration, which you can see in the beauty of the coasts, in the colonies of rare and wild animals such as the famous white donkey, and in the extraordinary azure shades of the sea. Disembarkation takes place in Fornelli, in the southern gulf of the island, near which are the buildings of the former penal prison.

The climate, typically Mediterranean and with little rainfall, (rainfall limited mostly to the winter season), is cooled by the mistral which, given the exposure of the coast to the western side, makes navigation suitable for highly experienced crews, and in any case in north-south direction.